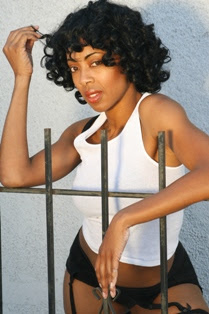 
What a thought to know that the holidays are here and that 2008 is knocking on our back screen door grinning with a steaming hot homemade apple pie. I don’t know about you, but I’m looking forward to letting her in with welcoming arms.

As we close out 2007 and in honor of the launch of the Brown Betties Gazette, I’ve chosen some of my favorite articles that have appeared here since we began this past spring.

I look forward to this next coming year where we will continue to bring you amazing Brown Betties who are out there doing their thing. We’ll also have fun and poignant articles from other Brown Bettie writers. Last but not least, we’ll continue to be represented by the Brown Betties of Harlem’s Night Cabaret as we perform our sultry, sassy, sophisticated bed time story. Catch us live January 4, February 1 and March 7 2008 at The Mint in LA. And, don't forget to purchase your Brown Betties Pinned UP 2008 Calendar at www.brownbetties.com!


xo
Peppur Chambers
The Hot One

P.S. As always, if you have any comments or would like to write for the Gazette, feel free to hit me up at brownbettiesgazette@yahoo.com.
Posted by The Hot One at 3:38 PM