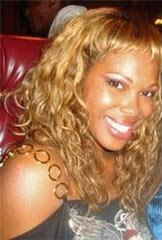 I suspect that my boyfriend may be pitching for both teams, if you know what I mean!? What do you think I should do, Oh wise one?

Sincerely,
Sleeping with the enemy!


Dear Sleeping with The Enemy,

Oh my… Hmmm…do you have proof your boy is playing for both teams or are we only speculating? I strongly suggest coming out and asking him. He just might be man enough to tell you the truth. It has often been said by men who have later been exposed by their women counterparts…”Well, uh …she didn’t ask, So I didn’t tell” I would suggest sitting down and having a heart-to-heart, meaning not in an accusatory way, but more like a “have you ever” leading into an “Are you…?” way. I am a strong believer in direct communication, as well as TRUSTING your INTUITION.

I say this because he may convince you in every way that he is not interested in other men, but sweetie if your gut is telling you that he may be a down low brotha than you should RUN in the opposite direction, unless of course you don’t mind this sort of “batter-up” game.