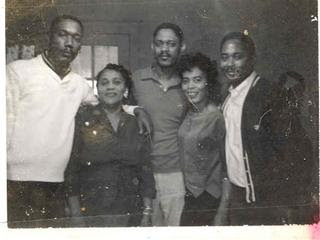 This past Christmas holiday, I spent some time looking at cherished photos in my mom’s 1970s white, leather bound album with chipped, gilded, script letters that announce, “Family Album”. Like any other album from any other family, it holds irreplaceable moments captured by outdated contraptions. I was flipping through the pics as I often do when I’m at mom’s house in Arizona. I’m a hopeless romantic for Era’s gone-by and a hound dog for family clues…I love to inspect pictures and attempt to unlock the mystery of what was “really” going on in the flash of a moment, i.e. Where were they? What were they doing? Are they having a good time or a bad time? Ultimately, a camera flash is a light that show a story that wasn't necessarily meant to be told because some people see the act of taking a snapshot as an opportunity to reveal only what they want you to see – especially when the photographer is trying to capture something else. My grandma, Alberta White, is a master at this, whether she’s trapped in a photo or ribbing you for missing a play in Hearts. 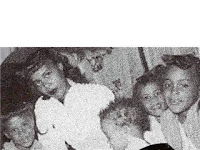 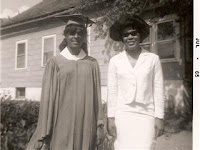 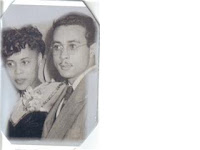 *Thank you to my Aunt Pamela Sanchez for the photos online!
Posted by The Hot One at 12:27 PM

Hey Pep, great idea to interview "Grammy," formally "Mimi..." I think I'm the only one that calls her that... Anyhoo, really enjoyed reading this and was a little surprised at some of the answers she provided the interviewer. ESPECIALLY THE YEAR SHE WAS BORN!!!

Love you cuz, hope to see you soon, either back on stage here in NY or down in SOBE doin shots with your brother. BTW, YOU LOOK F'N AMAZING!

This was a great article Pep! I loved the pic! Where did you dig that out of? Keep up the great work! Love the blog :)